Bharathi Kalai Manram (BKM) is a 501(C)3 non-profit organization based in Houston, TX. 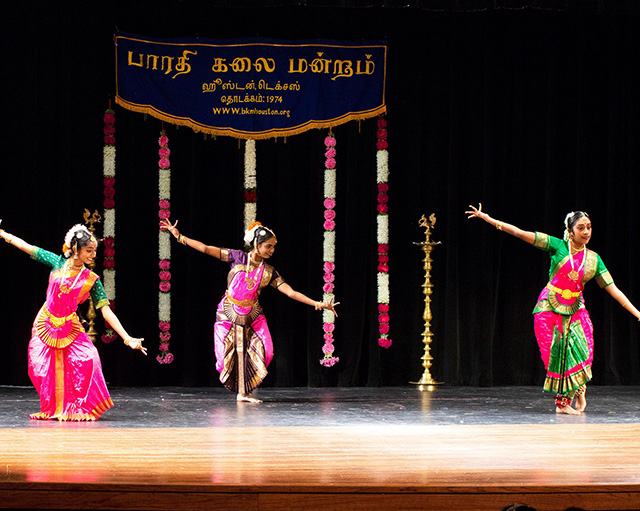 For Over
Four Decades

BKM provides a forum for cultural and social interaction of Tamil speaking people in Houston, TX, with special emphasis on fine arts, literature, language and performing arts. The organization seeks to promote goodwill, understanding and appreciation of the culture of India among all interested persons regardless of color, creed, race, religion, sex or national origin.

BKM promotes local talents as well as renowned artists from around the World. In addition, BKM is the first organization that started conducting classes to teach Tamil language for children in our community. At present, we have branches in Pearland, Sugar Land, Cypress, Katy, and Houston. 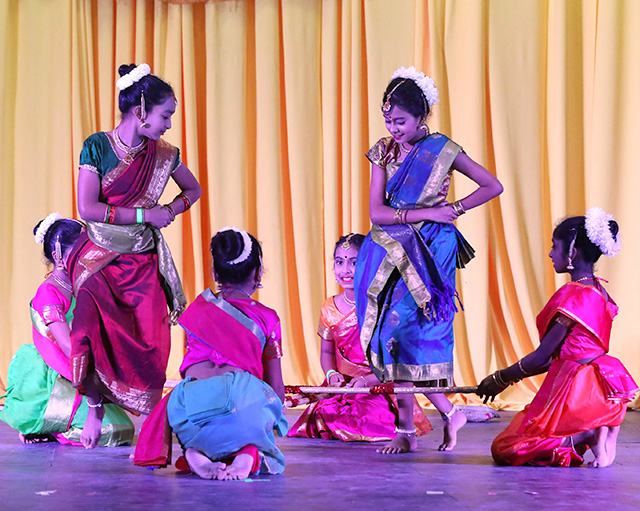 Organization's mission is to provide a forum for cultural and social interaction of Tamil speaking people in Houston, TX, with special emphasis on fine arts, literature, language and performing arts.

An all-night session sometime in December 1973 in Hempstead with Alagarsamy, Sam Kannappan, A.V.Viswanathan, K.R.Thiagarajan, Lokasundaram and Ramanathan from Dallas resulted in a decision to launch an organization to meet the cultural needs of the Tamil community. Alagarsamy and Kannappan were asked to be helpful without being a part of the organization in any official capacity for 5 years. Five years later Alagarsamy became a member of BKM and its Secretary (and much later became its president as well). Sam Kannapan a pillar of our society and strong supporter of BKM did not want to become BKM President since he served as Editor for the Hindu Worship Society and then concentrated on building Meenakshi Temple. Kannappan put his heart and soul in organizing Sri Meenakshi Temple Society and served admirably as its Founder-Secretary from 1978 till the completion of the main temple in 1982. 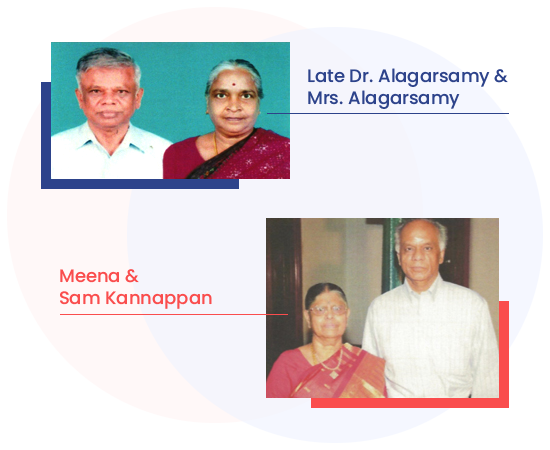 In the early years, MLK Auditorium, Baylor College Auditorium, Mercantile Bank etc provided the venues for various BKM programs Texas Southern, Prairie View A&M provided 16mm projectors for the movies. Families would bring home made snacks, coffee maker etc. More noteworthy is the fact that cultural programs (particularly movies) were attended by Telugus, Kannadigas and Malayalis, besides Tamilians. One or two Malayalam movies were also screened. There was a kind of healthy camaraderie among these groups that became the backbone of Sri Meenakshi Temple later.

We Need You!
Become a Member

Join the BKM family and enjoy the benefits